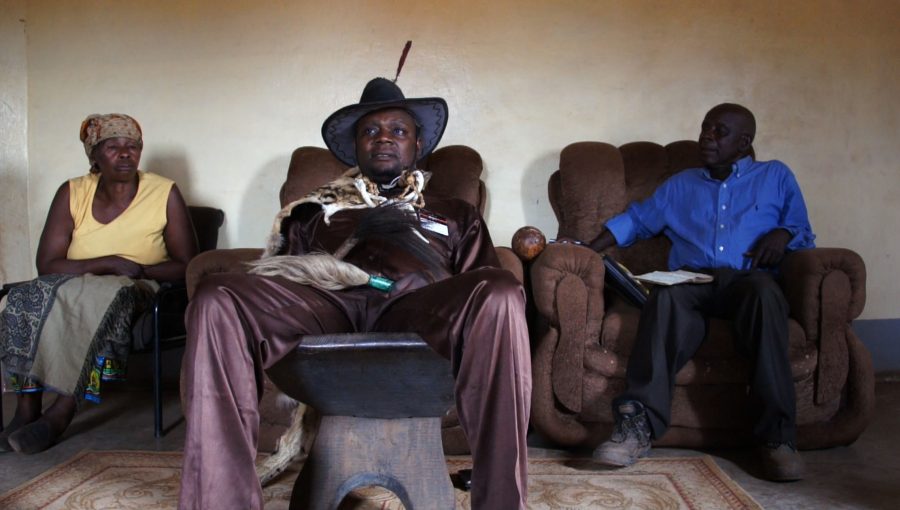 The town of Fungurume is situated in the province of Katanga (D.R. Congo) and the hills and mountains surrounding Fungurume form one of the world’s largest copper and cobalt deposits. In pre-colonial times the area was already a major centre in the copper trading network that ran across Central Africa. Today the mountains have become the property of the American Tenke Fungurume Mining consortium (TFM). From 2009 on, TFM’s mining activities have been in full swing, causing the resettlement of thousands of local Sanga inhabitants. Pungulume focuses on Sanga chief Mpala and his court elders while they are rendering the oral history of the Sanga people, against the backdrop of the industrial destruction of the landscape that anchors Sanga memory and identity. (Filip De Boeck) – Pungulume was made in the context of Suturing the City, a collaborative project by Filip De Boeck & Sammy Baloji and exists as a 3-images installation and a 1-image video. 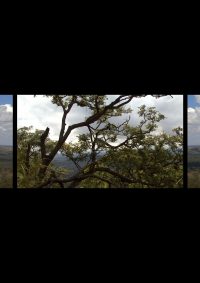 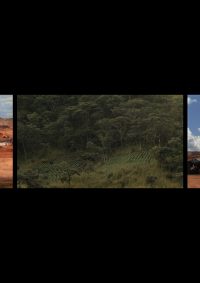