Founded in 1979, Atelier Graphoui is a collective of filmmakers, “audiovisual production atelier” and “center of expression and creativity” recognized by the Federation Wallonia-Brussels.

Since the beginning, and through its 40 years of existence, the Atelier Graphoui has kept evolving by mixing author, atelier and commission films.

The Atelier Graphoui is above all an audiovisual laboratory opened to experimentation and cinematographic research, based on the sharing of tools, methodologies, and experiences. From the start, the Atelier Graphoui used animation in order to question reality and cinema. From this fundamental practice grow our privileged experimentation fields: stop-motion is a permanent exploration of the limit between graphic expression and movement. The sound is considered to be a powerful sensory and dramaturgic lever.

The Atelier Graphoui is also an authentic welcoming place: bright and spacious, with an animation studio, a multifunctional atelier, two editing studios, a production office and a mixing studio. The space is big enough to host several projects at the same time, which increase the possibilities for exchanges, interactions, “pollination” between authors and projects.

In 1988, artists from the Atelier made their first trip to Africa. The trips to Africa followed one after other and ended in the production of films, results of the work made in the course of creation workshops. From 1994 to 1999, the Atelier Graphoui was recognized as an NGO (Non-Governmental Organization) for the projects it carries out in the developing countries. At the present time, the links with the African continent are well alive, in particular with the Education program to Global and Solidary Citizenship and a bilateral agreement with Senegal through Wallonia-Brussels International.

In the 2000’s, the Atelier widens its reflection on the language of animated films to other forms of expression (documentaries or experimental, radiophonic creation). This is why, as of 2005, the Atelier Graphoui has created a Selection panel with call for submissions. Since then, the Atelier’s productions are shown in international movie festivals, socio-cultural networks, as well as in the contemporary art world.

The reinforcement of our identity has also given place to a practice of hosting artists/authors in residency. Over the years, this practice may also be considered as an integral part of our functioning.

Since its creation, more than 300 films have been produced/co-produced by the Atelier Graphoui.

As an audiovisual production Atelier recognized by the Cinema Centre of the Federation Wallonia-Brussels, the team of Atelier Graphoui helps filmmakers and audiovisual artists to develop a peculiar language on the fringes of styles and forms. This cinema, called “hybrid”, demands tailor-made support strategies and specific distribution approaches.

We support projects, offering diverse writing methods, creative human resources, and a production space at the same time adaptable and structuring. We also provision the project leaders with equipment or audiovisual facilities.

Projects including animation often have a very long creation process. The Atelier Graphoui offers them a long-term supervision.

We give high priority support to film makers and novice audiovisual artists, or projects which, by their experimental essence, will have difficulties to find traditional funding.
In principle, all major projects will make their entrance through the Selection panel, including all of Atelier Graphoui’s team as well as external readers, where we all analyze and select support requests addressed to us.

As Center of Expression and Creativity recognized by the Federation Wallonia-Brussels, we set up sound and animated film workshops. We meet partners and fields rooted in a peculiar sociocultural reality. With them, and through their creations, we aim to uncover them and question their relationship with reality.

In the dynamic of a laboratory of experimentation, we are hosting and supporting in-the-making creators, in search of their approach.

The sound creation workshops lead their participants to Atelier Graphoui, which then forms a meeting point and experimentation and creation laboratory.
A. The Workshops, from realization to creation of radiophonic works that are using a background language implying a work anchored in an associative context with a social and cultural objective.
B. The sound « small snacks » are promoting the discovery, the experimentation, and the unfolding of the sound image as scenes, life landscapes carried by musical languages of the acoustic sound treated by electroacoustic expression.
C. These audiovisual workshops are dedicated to creation of multimedia works where experimentation between image and sound explores affinities stripped from their simultaneities.

Meeting publics from a large associative network, experimenting with the fact that expression and creation are essentials to nurture life in society. Facilitators are creating an approach that frees, proposing steps, guidance, tools; responding to their desire and need of experimentation.
The product of these expression and creation laboratories are films.
Via a handwritten correspondence with their families living worldwide, children share their relationships with their native culture. From these interactions arises a film collecting their oral stories and their drawings put in motion.
Visually impaired persons create images and sounds through the discovery of electroacoustic creation and the set-in motion of tactile and clay materials
A literacy learner animates clothes landscapes under the eye of the camera. He becomes the creator of a picture, words and sounds and enriches the language learning.
In a life impulse, people living with AIDS are one by one finding their own cinematographic language in order to talk about the dilemma of the announcement of their seropositivity.
The aim of the Atelier is to create a film together, dare to meet people and their world, cultures and languages, real and imaginary.
The adventure is to join with the other, touch his necessity to express himself, awaken the impulse to be recognized and to reveal his place in the society.
Throughout the collaboration, group dynamics becomes a strength that provides material and movement to the creation. The sense is experimented with and the language inhabited.
It is taking the freedom to create a cinema that shares worlds.

Outside of the projects we are producing, a protocol of help through equipment loan is operating for projects short of money, subject to its availability. Project leaders with modest funding also have access to our material support at rates adapted to their financial means (modalities and rates are available on request).

A principle of solidarity between the Ateliers de Production of AAAPA facilitates the circulation and the access to an equipment beyond our own assets.

Contacts for the studios and the equipment: 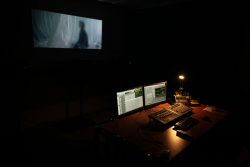 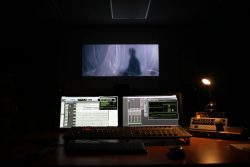 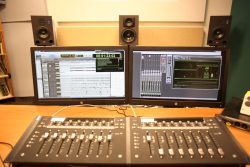 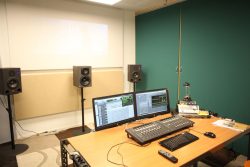 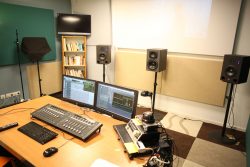 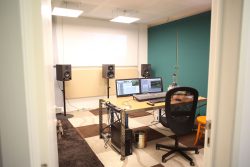 Links to others sites: