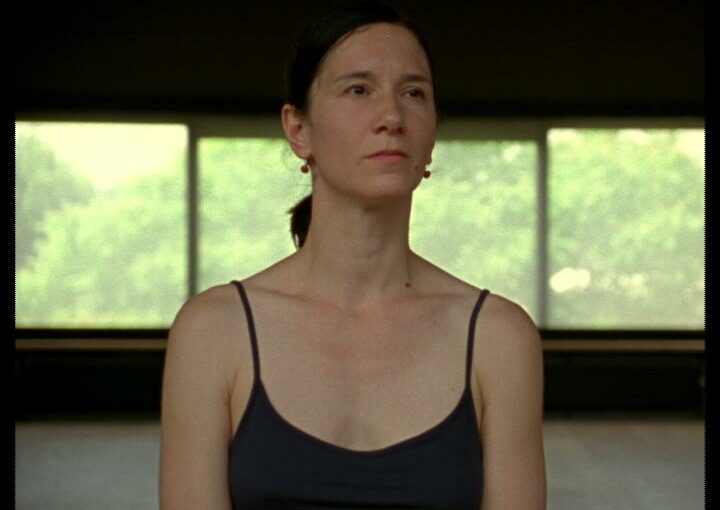 In Dissonant, Manon de Boer films dancer Cynthia Loemij while the latter dances for about 10 minutes to Eugène Ysaÿe’s 3 sonatas for violin solo – a piece that holds vivid memories for her. The camera follows her every movement.

A physical time limit, namely the 3-minute duration of one 16-mm film roll, interrupts the camera’s continued movement. While the dance continues, and the sound of it is audible, the screen is black during the one minute that is needed to change the film roll.

During the moment that the image is in suspense, a trick is being played on the audience’s memory. Just as Loemij herself has to draw the music from her memory, the viewer can project the image of Loemij’s dancing body on the black screen when there is no image, because of the sound and the repetitive movements of her dancing. By giving the dance and film recording the time they need, the audience is faced with confused dissonance.