In 2012, 18-year-old Lucas Diomar is brutally murdered at a birthday party in Cayenne (French Guiana). Ten years later, Yannick, his best friend, who was seriously injured at the party, returns to Guyana for the first time to attend a commemoration in Lucas’ honour. At the same time, his murderers get out of prison. Around one dead man, three families have been destroyed. Three mothers have lost their sons. Kouté Vwa is a contemporary tragedy, where each of the characters unfolds his or her voice and tries to remedy an impossible mourning. 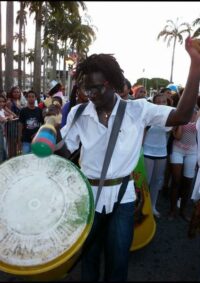